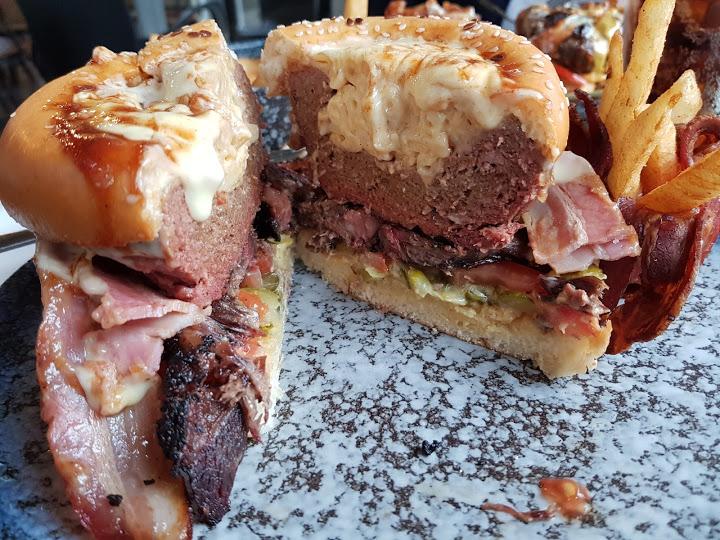 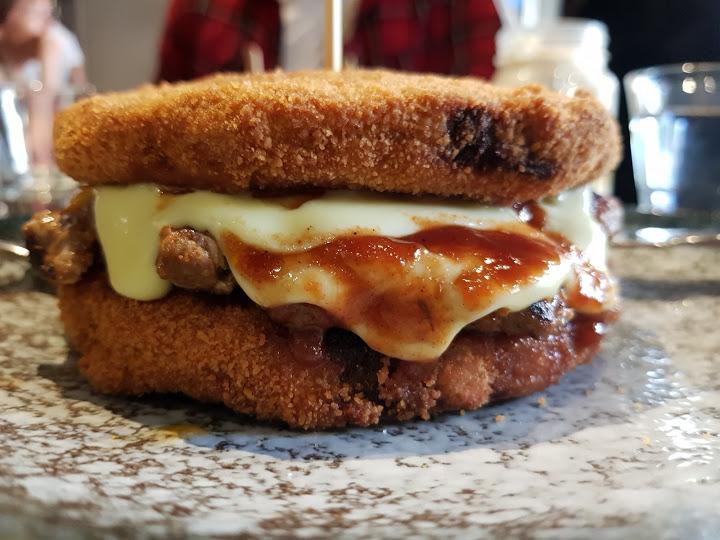 Can we get one in the uk please

Can we get one in the UK please

Fantastic BBQ style foods and staff to match. Great layout of restaurant and use of space, even when full, I was still able to hear the all the people on my table and no feeling of being crammed in. I have visited her 3 times now and each time gets better and better. Highly recommended

Food here is amazing, would definitely come here again with my mates.

Best ribs in town!! Very flavourful, tender and juicy and their in house bbq sauce is absolutely delicious with its own unique taste. Great service as well. Hope they continue to maintain quality!!

After a long time I came across such an amazing BBQ place. The meat was delicious and totally worth the price! I had the Beef ribs and Pork ribs along with corn bread. Looking forward to trying to Pizzadilla next time. Thanks!

We went yesterday evening with my son and my husband. The food was amazing! We had a Pizzadilla and some beef ribs. The portions are massive and the meet is beautifully cooked in a pure American style. I would recommend it to anyone in search of being full filled with delicious food!

No complaints. The food was fantastic and just kept coming. The service was outstanding. They were friendly, informative, and genuine.

Decent food but terrible customer service. The girls had no idea what they were doing. Waited for 25mins for pancakes, when we asked how much longer. They came back and said they ran out of batter and didn't have pancakes. Why did it take half an hour for thr kitchen to let us know! All in all food is quite average, extremely overpriced for what it is and terrible customer service.

Let me say one thing straight off the bat; the food is fine. Good, even. But it is not "American BBQ". At least, it tastes nothing like American BBQ. My group had brisket, beef ribs, and wings. There wasn't an ounce of any smoke flavor to be detected in anything we had. The brisket did have a smoke ring, but there was absolutely no bark and once again, not a hint of evidence via flavor that it spent any time in a smoker. The beef ribs came out slathered in sauce which is a bit of warning sign that the restaurant is trying to cover up some corner-cutting measures in the cooking process. The wings were tasty but once again, no smoke, which is pretty surprising because wings only need to spend like 45 minutes on a proper smoker to get nice and smoky. This place seems to think that BBQ means "fall-off-the-bone". No. Moist meat certainly is fine, but to me, everything tasted like it had been braised instead of cooked on a smoker. Was really disappointed, especially because the place isn't exactly cheap. If you want proper BBQ in Melbourne, go to Bluebonnet.

Great portion ribs taste good but the macaroons and fires were a bit soft.

I was salivating over my BBQ DINOSAUR RIBS,way before i sunk my teeth into that tender, delicious meat. Truly a satisfying experience to be had.Leave room for dessert. I can't wait to try the rest of the menu...😋

Disclaimer: did go during lockdown. Only got burgers on a 2 for 1 deal and there wasn't anything amazing about it just pretty average. The staff were extrely nice though.

Dinosaur ribs!!! 🦕 Fantastic. The sides even better. Does suit 4 ppl. Added some chicken wings. 👌 would come back.

The beef ribs are tender and tasty.

Awesome, just Awesome Best beef rib I've ever had👌 So tender and juicy Thank you so much for this fantastic service 🙏

An amazing night had by all. Staff were super friendly and accommodating. Will definitely be back.

Highly recommended! I have been to this Cafe many times and each time was fantastic. delicious food, friendly staff, fantastic range of food with high quality.

Anytime we feel like having American bbq, this is one of our defaults. Meats are flavourful with the expected textures, sides are just as good. The first time I had key lime pie was from them and it was so good I started googling recipes. Sometimes we don't even use the sauces with the meats because the meats are so flavourful on their own, so I use the sauces to marinate some chicken for the next meal instead.